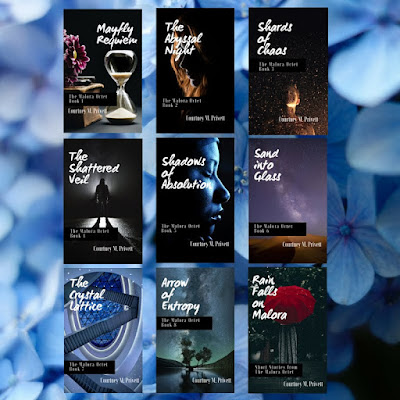 
Head through the iron gate and up long flight of stairs where yet another armed skeleton and gargoyle are hostile. The next choice is to either pull the chain to raise the iron gate into the next area or pick the expert level lock on the nearby door. Either option will lead to the same point, but the door is a shortcut that also gives the option of fighting the next set of enemies in a more controlled manner, rather than all at once.

The door also leads to a small armory where a selection of Ancient Nord weapons , and a few enchanted weapons can be taken. Choosing the iron gate route will lead to a run-down cathedral of sorts. Head through the halls and over the bridge suspended above the cathedral to the next area. This next room is fairly sparse with the exception of the Vampire Royal Armor that is on a shelf to the right, next to two coffins. In addition, there are several Gargoyle statues that will attack when approached. The room will seem to be a dead end, but Serana will comment that there should be a secret entrance somewhere nearby.

The entrance can be found by turning a candlestick on the back wall, on the left-hand side of the fireplace. Following the hallway leads eventually to Valerica's Study.

The most prominent feature in the study is the large group of circular stone rings in the center of the room. Serana asks the Dragonborn to locate Valerica's Journal to give any insight into her whereabouts.

The journal can be found on the bookshelf to the right among several other books. After reading it, Serana mentions that three ingredients are required to open a portal to the Soul Cairn. These can all be found within the well-stocked laboratory. Once all the ingredients have been found, place them in the chalice overlooking the stone dial.

Serana will add her own blood to the mixture in place of Valerica's and the circular stone rings in the center of the room will begin to rotate, eventually revealing the portal. Proceed towards the newly opened portal. If the Dragonborn is not a vampire, the portal will begin to leech some health. Serana comments that this is because the conditions to enter the portal are such that there are only two options. This section contains bugs related to Chasing Echoes. Before adding a bug to this list, consider the following:.

Sign In Don't have an account? Start a Wiki. Contents [ show ]. Serana has indicated her desire to locate her estranged mother, Valerica, who has fled Castle Volkihar with one of the Elder Scrolls. She believes that Valerica may have left a clue to her whereabouts somewhere in the courtyard of the castle.

In order to avoid detection by the castle's vampires, she's decided to utilize a hidden entrance on the back side of the island. Serana: "We've made it to the courtyard. Oh no What happened to this place? Everything's been torn down It's like we're the first to set foot here in centuries.

It looks like my father had it sealed up. I used to walk through here after evening meals. It was beautiful, once. She would have hated to see it like this. Some of the crests are missing and the dial is askew. I didn't even know the crests could be removed. Maybe my mother's trying to tell us something? Serana: "Look at the place.

This has to be it! I know she was deep into necromancy. I mean, she taught me everything I know. Essentially, the full C'Tan were massively, massively powerful and the 'shard' versions of them are now a lot more manageable. Same as the original lore, the necrontyr were an alien race that lived extremely short, painful lives since their sun caused them to be riddled with cancer and other defects, and the tomb complexes they built were much larger than their towns, constantly reminding of their inevitable deaths. They focused their short lives on science in a desperate attempt to find a way to increase their lifespans, but they never managed to.

They encountered the Old Ones , who offered to help them but wouldn't or couldn't make the Necrontyr immortal. Thus grew their collective hate towards the near-immortal Old Ones. The Necrontyr's empire was massive at one point, but the different Lords in the galaxy-wide dominion started to turn against each other in civil war.

To prevent this from happening, the overall ruler of the Necrontyr, the Silent King, started the war against the Old Ones specifically to give them a common enemy to fight against and prevent his people from destroying themselves in their own general stupidity , with the Old Ones' refusal to share immortality as an excuse for war rather than the war being motivated by jealousy borne of this.

Of course, the Old Ones ended up kicking their butts and in desperation the Silent King allied with the C'tan who had been attracted to the pure hate and rage the Necrontyr held for the Old Ones, a common enemy of the C'tan and agreed to the Deceiver's pact to give them shiny new immortal bodies without realizing what he was doing. The devious Star God had in fact tricked the Necrontyr into giving up their mortal bodies and souls so that he and his god friends could gorge themselves on their tasty ass-meats.

However, after the Necrons helped the C'tan kill off the last Old Ones and while the C'tan were recuperating, the Silent King then ordered the Necrons to turn on the C'tan in vengeance. Caught by surprise,the C'tan were defeated and shattered into thousands of shards which the Necrons imprisoned for later use.

At this point the galaxy was basically a smoldering ruin, the Necrons were severely depleted from their endless wars, and the Eldar were reaching the height of their power. The Silent King ordered the Necrons to sleep for millions of years in order to hide from the Eldar and re-awaken at a time when the galaxy had both recovered and forgotten about them.

The Silent King's final order to his people was that following the Great Sleep they must reclaim their old empire and return it to its former glory A role he left his Triarch Praetorians to cover later. Following this, he freed the Necrons from his control and left the galaxy in shame for failing his people.

Now that the Necrons have reawakened in the 41st millennium their goal is no longer to 'harvest' souls for the C'tan the C'tan shards are now their slaves as it was in the old book, but rather to reestablish the great Necron empire that spanned the galaxy before the war with the Old Ones began. What this exactly means is left to the interpretation of each Overlord.

The overall unity of the Necron people is gone for the most part leaving each individual Dynasties to once again rule for themselves. While Necron warriors are pretty much just automatons and Immortals are not much better, the majority of the upper echelon of Necron society retain some degree of personality. So there is lots of crazy nuance to Necron culture that was never present before.

There are now lots of memorable quotes from Necron Lords. There are Necron Lords who honor valor in battle, Necron Lords who are obsessed with finding the perfect flesh bodies to transfer their sentience back into, and a Necron Lord who acts and commands its people like true robots due to damage to their Tomb World among others.

The Silent King, who left the galaxy after defeating the C'tan basically exiling himself for the unforgivable crime of allowing the C'tan to remove the souls of his people , encountered the Tyranids in the void between galaxies and has returned to spur the Necrons into action against the Bugs. The Silent King realized that if the Tyranids wipe the galaxy clean of biological matter then the Necrons will never find a form to transfer their minds back into. There are even a few Necron Lords who even work or trade with other races.


However, such as with all the factions of 40k this is rare. And then Trazyn decides to give the Imperium a hand at Cadia and see if he could get Abaddon as part of his collection. Really, every dynasty can be different, so just have fun coming up with your own. Oh, and there is definitely plenty of reason to have Necron vs.

Necron action now as the old feuds between competing Necron Lords flare back up again. To make matters more complicated though, if Battlefleet Gothic: Armada is to be believed, it was The Deceiver who handed over the Blackstone Fortresses to Abbadon , thereby allowing him to destroy the Necron Pylons and overrun Cadia. Was it an act to spite the Necrons by aiding Chaos, or does he have a doublecross in the works?

It is widely conceded that the worst loss was the removal of Pariahs which were universally agreed to be one of the coolest and scariest aspects of the Necrons, something that really made them stand out even if they weren't that great on the tabletop they were badass on the table top, but over-priced and no We'll Be Back roll.

The Pariahs' origins were a great way to show an outsider's perspective of the Necrons they're humans or other meatbags with the Pariah Gene who get forcibly turned into Necrons and something that Thomas Macabee in Dark Crusade just made so incredibly badass. It would also fit perfectly into the new fluff showcasing success in combining the Necrons and the living to create a new life form.